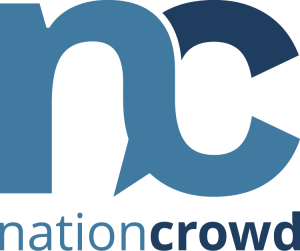 The problem with creating a position of power is that other people want to influence that power. Our founders knew that which is why our government was structured the way it was. Today, we are way past the safety of that system, which has allowed the governmental policies to be dictated by lobbying groups with more money and time than the public interest. It has been nearly impossible for individuals to fight the big money of these lobbying groups for particular issues until the creation of NationCrowd by Echo Ridge.

The platform combines the power of crowdfunding with political causes to help individuals come together to create change in their world. This is done not by supporting a particular candidate because change does not actually come at the ballot box. Instead, this platform is based around ideas and causes – giving a voice to the people which has been lost to big money in politics. People are able to throw their support behind issues that are important to them, allowing politicians and policymakers to see what is important to their constituents. This is a far more effective way to bring about lasting change than petitioning a single politician.

The company recently closed its beta program, in which they focused on the issue of paid family leave. There are competing bills being pitched with varying ideas on what should be made law. As part of the platform’s beta, CEO Jeff Allan had the opportunity to speak to members of Congress to show them the numbers. They were both amazed at how much information was available on what the people, and their constituents, are hoping for in regards to family leave.

The platform’s beta has concluded, and the company is making changes based on feedback from the program. To find out more about the platform and to sign up to be notified when the platform comes online, check out the website.