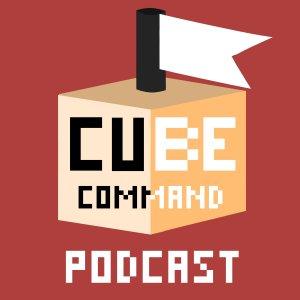 Super Smash Bros. Ultimate's newest DLC fighter is here - so we're reviewing the dual character Pyra/Mythra! It's true, we got another sword fighter - but this one is so much fun to play. We also take a bit of time to speculate the remaining two newcom...

Pokemon is back with Sinnoh and Legends – CC087

The first general Nintendo Direct in almost two years arrived to us last week. It brought announcments such as Splatoon 3, Triangle Strategy, and Zelda: Skyward Sword HD. This episode is dedicated to the titles we found the most interesting,

Today's episode is a double-feature covering all (and we mean all) of the exciting announcements about upcoming Star Wars shows for Disney+, not to mention the movies and games that are on the horizon. So buckle up and get ready to hear three Star Wars...

There has been plenty to talk about this week. In today's podcast we cover Microsoft's subscription shenanigans, Blizzard dismantling one of their studios, and the unexpected rollercoaster that is the GameStop stock market situation.

In line with our Smash Bros. DLC review tradition, we have an episode covering the arrival of Sephiroth from Final Fantasy VII. We also take the latter half of the episode to discuss our thoughts on how Fighter Passes 1 and 2 have been shaping up.

It's been a slow news week, so we're talking about what we've been up to in 2021. If you're itching for a variety discussion, this episode is for you! - Find our show on the Savoia Media Network, Rick and Tommy Savoia's podcast network featuring all o...

With 2020 under our belts, it's time to look to the horizons of what 2021 has to offer for gaming. We picked out four highly anticipated 2021 games that we can't wait to play. We hope you stick around and see what Cube Command is bringing to 2021 too!

We spent a lot of time playing new and old games this year. Our special "End-of-Year" episode is going over each of our Top 3 titles we picked up, including honorable mentions! These are games we played for the first time in 2020,

LEGO games have been around since the dawn of time, so Tommy and Nick reminisce about the ones they used to play. We also discuss LEGOs in general and go off-topic about the PSVita's potential and Marvel's Avengers' "less than stellar" performance.

We have a relaxed episode this week - Tom and Nick sit down and discuss their PC gaming habits. We cover the games we've been playing and the controllers we use for them. Some controllers are better for PC gaming than others though,

We've recently been playing the early access Steam game Phasmophobia. This scare-filled multiplayer title has been gaining a lot of traction, so we're here to weigh in. This is a discussion of our experience hunting ghosts and getting goosepimples in K...

Back in 2018 Venom released as the first in Sony's Spider-Man-less superhero movies. We originally reviewed it after seeing it in theaters, but the episode's audio remained in limbo until today. Now it's here, it's fixed up, and the review is out!

The Cube Command Podcast has reached 4 years and 75 episodes of gaming, movies, and pop culture talk! To celebrate this milestone - and the PS5 release - Tommy is recounting his personal experience with the PlayStation 4.

It's time to finish our review of Marvel's Spider-Man (PS4) by going over the story. We discuss each character and their motivations, the major plot points, and how well all those elements fit together in the end.

Spider-Man is on everyone's minds right now. So to bide our time until Miles Morales and Spider-Man 3 Tommy and Nathan review Marvel's Spider-Man (2018) on PS4. This review will be split into two parts - Part 1 is all about the web-slingin',

To the shock of everyone, Steve from Minecraft has made his way into Super Smash Bros. Ultimate on Nintendo Switch. We played him and we thought that he was a very different character from the rest of the cast.

Crash Bandicoot 4 has arrived so Tommy sat down, completed it, and had many opinions. This episode will be a a review of the PlayStation 4 release of Crash Bandicoot 4: It's About Time - the marsupial's latest outing and sequel to 2017's N.

International Podcast Day 2020 is here and we have a very special episode. Rick Savoia of the Saturday Night Winestream and the Drink With Rick podcast (and Tommy's dad) is our guest of honor. Rick discusses his history with science fiction and what it...

Nintendo jumps back into the spotlight with a whole slew of new games and goodies for Mario's 35the Anniversary. In this week's episode we cover the announcements including Super Mario 35, Mario Kart Live, Mario 3D World Port,

Tiny Battlefield and Other Nonsense – CC068

We cover an assortment of tangents ranging from the Smash Bros Update 8.1.0, Elder Scrolls, GTA:V PS5, Animal Crossing, and Pepto Bismol. This episode was recorded at the beginning of August, so next week we'll be recapping the recent Fandome event fro...

We made it to the finale of our Rise of Skywalker Review trilogy! It's time to cover the movie's third act/conclusion and how we see the Star Wars brand moving in the future. - Tommy, Nick, and Nathan sat down and examined the entirety of Star Wars: T...

This is Part 2 of our Rise of Skywalker Discussion! - Tommy, Nick, and Nathan finally sat down and examined the entirety of Star Wars: The Rise of Skywalker - the final movie in the "Skywalker Saga". For almost two hours we covered the movie's  charac...

Tommy, Nick, and Nathan finally sat down and examined the entirety of Star Wars: The Rise of Skywalker - the final movie in the "Skywalker Saga". For almost two hours we covered the movie's  characters, story beats, frantic pacing,

Avatar: The Last Airbender has left a significant impact on pop culture. Now, not only is it experiencing breakout popularity on Netflix but fans also have the live-action retelling to look forward to (planned for Netflix as well).

This week we review the latest DLC Fighter Pack in Smash Bros. Ultimate: Min Min from the ARMS franchise. She certainly brings so many new mechanics to the table (plus her absurd range) and we're happy to cover it all! -

Lots of gaming news dropped this week, and we picked two announcements to discuss in-depth: Crash Bandicoot 4: It's About Time and Marvel's Avengers. They're both two very different games that caught our attention. Enjoy the show! -

It's time to take a closer look at the games revealed for the PlayStation 5. We picked out three that caught each of our eyes including Spider-Man: Miles Morales, Kena: Bridge of Spirits, Ghostwire: Tokyo and more. The way it's looking,

Last Thursday the PlayStation 5 was finally unveiled to the world and it hit hard. There is so much from that presentation to cover but today we'll be focusing on the hardware they showed off: The PS5 itself, the new controller,

We spent a lot of time catching up on movies we wanted to see and Frozen 2 was the first on that list. Anna and Elsa are taken to new territory in this film, so our focus in this review was to analyze the story’s drastically different direction compare...

The podcast is back in full swing with our review of Animal Crossing New Horizons on the Nintendo Switch! We discuss what we like, what we love, and what we think the game can improve on. This episode was streamed during mid-April,

The whole crew is back to discuss the recent Nintendo Direct Mini from March 26. From Xenoblade Chronicles DE and Arms in Smash Bros, there's plenty to dig into. It's a weird time so episodes will temporarily be much longer but released bi-weekly.

It's time to examine the first live-action Star Wars show: The Mandalorian Season 1! In this episode we will dig deep into its themes, characters, and what makes it just so darn enjoyable. Nick wasn't able to make it this time so I am once again joined...

It's been a long road to the Sonic the Hedgehog Movie but it's finally hit theaters. In this episode we're going into detail about the characters, dialogue, effects - you name it. A big SPOILER warning on this one.

Smash Ultimate has a Byleth – CC054

A few weeks ago we recorded our review of Super Smash Bros. Ultimate's latest DLC fighter. Byleth released to some mixed reception, and we discuss our opinions on the character's unique mechanics. Plus we give a mention to the announced Animal Crossing...

How is Overwatch on Nintendo Switch? – CC053

We've been playing a TON of Overwatch on the Nintendo Switch. In this week's episode we're discussing the overall quality of the port and how it works alongside the Switch's OS. Thanks for listening! - Last week Cube Command's Tommy Savoia was intervi...

This episode was originally recorded the week Pokemon Mystery Dungeon: Rescue Team DX was announced. We had to postpone release for the episode due to the clutter of our personal schedules. But worry no more – Cube Command is back in 2020 and we’re rev...

The year will be over in less than a day - but before we move on, we have one last episode for 2019. This week both of us will each be explaining the game we are most excited to play in 2020! - Blubrry is one of the top media hosting sites out there.

The podcast has reached 50 episodes! We're so grateful for everyone who has tuned in to hear our goofy selves talk nonstop about pop culture news! In this milestone episode we're reviewing Disney+ (Disney's new streaming app).

Last month we got our grubby mitts on a PlayStation VR and tried a bunch of games for it. How is Sony's virtual reality machine? Well, we weigh in on how the games and hardware itself feel on this week's Cube Command Podcast. -

- There have been some spectacular animated movies this year (that we reviewed *wink wink*) but the stage is set for 2020 to make just as big of a splash! In this week's episode we will be looking over the trailers for three of the most highly antic...

The redesign for Paramount's Sonic the Hedgehog movie has made its rounds and is causing quite the positive stir! In this episode we're analyzing the scenes in the Sonic Trailer and discussing why his new design is so good.

Terry Bogard from Fatal Fury and King of Fighters has arrived to bring the Ryu-style pain to Super Smash Bros. Ultimate. In this episode we're discussing his playstyle mechanics, combos, special moves, and more! -

Season 4 of the popular superhero anime My Hero Academia is HERE and we're also HERE to give our thoughts on the first few episodes. Many SPOILERS! - Blubrry is one of the top media hosting sites out there.

- Sony's upcoming PlayStation 5 is arriving Holiday 2020, and they revealed a bunch of new features that it'll have at its disposal. We're discussing the hardware and software upgrades like cross-generational play,

Tommy's sister Tia got a Nintendo Switch Lite recently, so we are sharing our thoughts on its design and discussing how it stacks up to the original Switch. Is it a quality handheld? Listen to find out! Thanks to Tia for joining us in this episode!

We got our mitts on a SEGA Genesis Mini and had some fun trying it out. We'll be discussing the quality of the hardware and our experiences trying out some of the titles included. The second half of today's episode is dedicated to discussing the future...

Banjo-Kazooie in Smash Bros., a September Nintendo Direct, and RING FIT ADVENTURE? So much news to discuss for the Switch, and so little time. We hope you enjoy the show! - Blubrry is one of the top media hosting sites.

Spider-Man Swings out of the MCU – CC039

Tom and Nick dicuss the shocking turn of events that led to Sony deciding to pull everyone's favorite wall crawler out of Marvel Studio's Cinematic Universe. They also cover their favorite bits from Spider-Man's film history with Sony. -