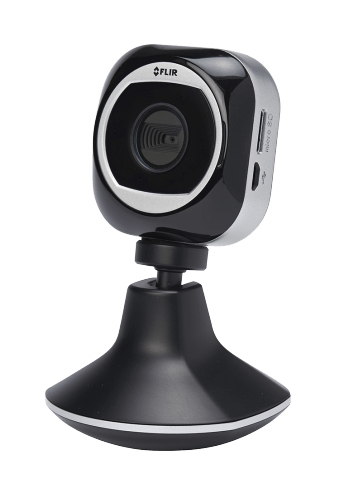 Flir made the news at CES with its personal thermal imaging device for the iPhone but the company does a whole range of imaging devices, including the Flir FX, a portable interchangeable wi-fi video camera. Todd gets further illumination from John Distelzweig of Flir.

The Flir FX is a fundamentally a webcam running 1080p over wi-fi, but that’s largely where the similarity with other products end. The Flir FX unusually has an internal battery, giving it greater portability than most similar products and the main camera unit can be slotted into different mounts, converting from a home webcam into sports video camera or an outdoor security camera, depending on the exterior case used. It’s really very cool.

The Flir FX will be available in late spring with an MSRP $249 and you can put your name down to be notified .