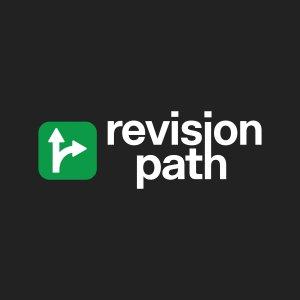 This is Revision Path — an award-winning weekly showcase of Black designers, developers, and digital creatives from all over the world. Each week, host Maurice Cherry interviews these creators about their work, their goals, what inspires them, and much mo

By now, you’ve gotten acquainted with design educator and design strategist Andrew Bass Jr. In the second part of our interview, we explore Andrew’s calling as a design mentor, as well as his early ad

Were ending off the month talking to one of the unsung trailblazers for diversity in the design community Andrew Bass Jr. Longtime fans of Revision Path will recognize Andrew as one of our early pr

Were wrapping up our interviews in The Windy City this month with Chris Rudd, founder of social and civic impact design firm ChiByDesign. Chris work is grounded in anti-racism, and thats reflected

Black Panther: Wakanda Forever is one of the most anticipated movies of the year, and thats not just because its a sequel to one of the highest-grossing movies of all time. After the tragic and sudd

While the World Wide Web has evolved tremendously over the past couple of decades, it can still feel like we are fighting an uphill battle when it comes to accessibility, even though this push for acc

We all know there are several ways to achieve success as a creative, but sometimes it takes inspiration from others to set you on the right path. Thats definitely the case with the multitalented TTK.

We have all had to change things up in one way or other over the past few years. But if youre like this weeks return guest, Nakita M. Pope, theres power in pivoting! (You might remember her from my

This weeks interview is truly special, because I got the chance to sit down with the one and only Dr. Jacinda Walker. I have been privileged to watch Jacindas glow up over the years, and now shes r

Games are an integral part of our society, and not Im not just talking about Nintendo, Xbox, or PlayStation. Games are culture, and this weeks guest Shawn Alexander Allen has dedicated himself t

It takes a lot of drive and determination to chart your own course, and no one embodies those qualities better than this weeks guest. As the creative director (and founder) of Curve Theory, Reggie Ti

The good thing about design is that if you have access to the right opportunities, your talent can really take you places. Take this weeks guest, Kevin Hawkins, for example. While he cut his teeth in

Maternal healthcare has always been in a precarious place here in the United States, but thanks to this weeks guest, Whitney Robinson, we just might be on our way to solving it in our lifetime. She b

If I had to give an award for Most Chill Revision Path Guest, Jordan Taylor would win the prize with no competition. But dont let the relaxed vibes fool you, because his skills as a designer and cr

I really enjoyed my conversation with this weeks guest the one and only Keith Henry Brown. This prolific artist has a catalog that few can touch, with work appearing in The New York Times, Carnegie

Its been amazing to see so many Black design communities pop up since I started Revision Path, which is how I found out about this weeks guest Barney Abramson! Not only does he have years of exper

Every designer or artist wants to be able to make a living from their work, and this weeks guest embodies that desire. Generally, Kamar Thomas splits his time between being a design educator at two i

I became familiar with Gusto several months ago through my last gig, and I was so pleased with the user experience that I had to find out who some of the folks were behind it. And wouldn’t you know it

I love when interviews sometimes bring out unexpected connections. Take this week’s guest, Corey Jones. As creative director at Forum One, Corey specializes in branding, animation, and interactive des

Avid listeners of the podcast know that whenever I have a Black design educator on the show, eventually I’m going to bring up my alma mater, Morehouse College. And while I’ve had a few Morehouse alums

When I tell you I have wanted to have this week’s guest on the show for years? LISTEN. I’m so glad to bring you this conversation with the one and only Agyei Archer — typographer, design director, and

I don’t know about you, but that whole “they sleep we grind” mentality of working is not the move. There can be a lot of external pressure to constantly push yourself to the limit with your work, but

Our paths have crossed several times over the past couple of years, but I finally managed to sit down and chat with the one and only Dr. Lesley-Ann Noel. Along with being an author, design educator, a

The thing I love most about doing Revision Path is that I’m able to talk with people doing truly amazing work, and I get to share that conversation with the world. Such is the case with this week’s gu

Summer is here, and with the start of a new month, I’m bringing you my conversation with Treavor Wagoner, senior product designer, author, and quite the avid traveler! We spoke just as Treavor wrapped

We’re closing out Pride Month with the second part of my conversation with Rebecca Brooker! (If you missed the first part, check it out here.) We talked about Rebecca’s relocation to Argentina (after

Sometimes, the conversation is so good and so wide-ranging that I can’t contain it in just one episode. For the first time in over five years, we have a two-part episode on Revision Path, and it’s wit

Virtual reality used to be a science fiction trope in the 90s, but now, virtual reality is actual reality! Take it from this week’s guest: the one and only André Elijah. His work building games and do

How do you define yourself? It’s a question a lot of us will wrestle with at some point in life, and according to Raven L. Veal, PhD, understanding the answer to this is a critical part of design. She

Atlanta is a city known for many things: the food, the music, the culture. The traffic! But I don’t know if Atlanta’s really ever been seen as a design city like one would see New York or Chicago. Tha

The thrilling part about entrepreneurship is following your dreams while pursuing your passions. That’s definitely the case for illustrator and creative director Alexandria Batchelor. As the head of h

I was introduced last year to Dr. Kenya Oduor through a Tech Circus panel we both participated in, and I’m really glad to have her on the show now so she can share her brilliance with you all! She is

It’s no secret that the tech industry has weathered the last few years better than a lot of others, and many people are trying to ditch their current jobs and start their careers in tech for big oppor

We’re off to the Caribbean this week to talk with the incredibly talented Ayrïd Chandler. Ayrïd is the head of her own studio, Ayrïd by Design, where she offers graphic design services with a focus on

It takes a lot of hard work and determination to be a successful entrepreneur, and sometimes, you can lose yourself in your path to success. But not Monique Jenkins! As the CEO of J.kins Creative, Mon

If you’ve been a regular reader of The New Yorker magazine, then you may already be familiar with this week’s guest, Liz Montague. (But if you’re not, then this conversation is a perfect introduction!

With over 220 million worldwide subscribers across over 190 countries, it's hard to imagine pop culture without the media juggernaut that we know as Netflix. But how do they manage to distribute and c

If Austin, Texas had a contest for “Hometown Design Hero”, I think Russell Toynes would definitely win the grand prize! Russell is the founder and creative director of Studio Dzo, a multi-disciplinary

Can you believe we're almost a quarter of the way through 2022 already? I think now might be a perfect time for a creative tune-up, and this week's guest is a true instigator of inspiration -- Kevin C

Running your own design studio is no small feat, but design professionals like Rob Martin make it look easy. As the founder and creative principal of Majorminor, he and his team have done branding and

With a name like Magnus Atom, I had a feeling I was going to be talking with someone extraordinary. This award-winning motion graphics designer and commercial artist has an impressive roster of client

It’s no secret that stories from comic books and graphic novels have dominated the pop culture landscape since the early 2000s. However, the heroes in those stories that you see often don’t represent

It’s our anniversary! For this special episode, I dug way back in the archives and talked to one of our early guests, Joe Blau. He was a software engineer then, but seven years have passed, and now he

Azeez Alli-Balogun came highly recommended by several former guests, so I knew that a great conversation was going to happen. Azeez currently works as a lead product designer on the globalization team

If you’re in the know about the DC design scene, then this week’s guest probably needs no introduction. Reece Quiñones is a force for good when it comes to design, whether it’s in her role at The Hatc

February is our anniversary month, and we’re kicking things off with an interview with design educator and researcher Omari Souza. Longtime listeners of the show may remember Omari’s first appearance

After years of asking questions to designers and developers all over the world, now I'm in the hot seat! For this special mailbag episode, I answer your questions about Revision Path that you sent in

We’re headed to the Great White North this week to meet someone that I learned about while doing a deep dive on Nigerian artists. Emmanuel Nwogbo is a visual artist based out of Montréal, and to me, h

In the early 90s, there was this show on ABC called Phenom about a tennis prodigy. If Hollywood were to reboot that for the digital age, Xalavier Nelson Jr. would no doubt be the star of the show. His

If you’ve been a longtime listener of Revision Path, then you probably already recognize this week’s guest, Harrison Wheeler. Along with being a senior design manager at LinkedIn, he’s also a podcaste

The introduction of the metaverse to the general public was one of the biggest topics in tech last year. As we all learn more about the metaverse and what it means for the future of the Internet, I th