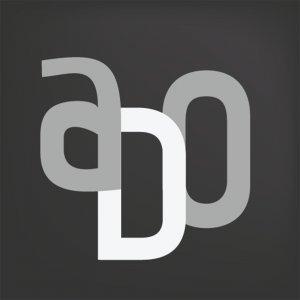 Whose Transformation Is It Anyway? With Andrew Clay Shafer

Transformation is a big deal. You can't just say "let's just transform!" so what are some of the things we should be thinking about?

It can be hard to get into this whole 'DevOps' thing...Laura Santamaria (LogDNA) and Matt dig into what we can do to make it more accessible

We Are Always Learning With Patrick Debois

In this episode, host Jessica Kerr is joined by guests Matthew Skelton and Manuel Pais to discuss their book, Team Topologies.

Communities Are Made of People With Jono Bacon

Matt talks about all things community with Jono Bacon, the author of the new book 'People Powered'

It's that time of year again! Matty, Trevor, Bridget, Jessica, and Joe wrap up the year with a discussion of favorite episodes, the year in review, and, of course, airline status.

Matt chats with Ali Spittel at All Things Open 2019 about all things learning!

Bridget chats with Kelsey Hightower about Kubernetes and the future.

In this episode, Gene Connolly and Joan Freed discuss their DevOps transformation at Meltwater.

Matty talks with Ken Mugrage and Sasha Rosenbaum about DeliveryConf.

In this episode, Nicole Fosgren and Jez Humble discuss the 2019 Accelerate State of Devops report.

Matty and Trevor chat with guests Jessie Frazelle, Veronica Hanus, and Jeff Smith in front of a live studio audience at devopsdays Chicago 2019.

Bridget and Matty chat with guests Liz Fong-Jones, Alice Goldfuss, and RJ Williams, in front of a live studio audience at devopsdays Minneapolis 2019.

Protocols and Sympathy With Martin Thompson

Making performance changes is about working smoothly with hardware AND with people.

Catching Up With Steven Murawski

Unreliable Things Can Be the Most Valuable Things

How do you make change in a complex system that is always failing, but must never break?

Bridget chats with Jessie Frazelle and Andrew Clay Shafer about what shiny objects have caught their attention recently.

The Database Calls Are Coming From Inside the DevOps

It's that time of year again! Matty, Trevor, Bridget, and Joe wrap up the year with a discussion of favorite episodes, tech trends and predictions, and, of course, airline status.

Matty is joined by Jessica Kerr, software engineer extraordinaire and co-host of the amazing Greater Than Code podcast.

Bridget and Trevor are joined by Charity Majors (Facebook), as well as Mike Rembetsy and Patrick McDonnell (Etsy) for a frank discussion on what goes into building a great ops team.﻿

Matt and Bridget sit down with Andrew Clay Shafer (finally!) at DevOpsDays Minneapolis to discuss his thoughts on what's going on with the DevOps world since 2009, as well as his opinions on podcasts having episode numbers. Sadly,

In this episode, Stephanie Van Dyk and Mark Imbriaco discuss how to communicate and how to recover in the event of complete disasters. https://youtu.be/E_DdM-pGHb8 Panel   Checkouts Stephanie catehuston.com, Accidentally in Code www.

Episode 36 – Dr. BOFH, or How I Learned To Stop Worrying and Love the DevOps

In this episode, "reformed" Bastard Operators From Hell Yvo van Doorn, Chris Read, and Kevin Hubbard discuss how the industry and their jobs have changed over time, especially with the advent of DevOps. https://youtu.be/zMd8H7lDBcU Panel

Marketing departments are often told, "Don't use the term 'DevOps' incorrectly!" But exactly HOW should our marketing peers use that term? How can we effectively talk about DevOps in the marketing space? Shannon Smith from 10th Magnitude and Jason Hand...

Recorded live at ChefConf 2015, we sat down with Julian Dunn, Seth Falcon, and Adam Edwards of Chef Software to talk about all the cool new things that Chef is cooking up - including Chef Delivery, Chef Analytics,

DevOps revolves a lot around what an organization and culture should look like. We talk about it on just about every episode of this podcast. Something we tend to skate around though is the how. How do you change the culture of an organization?

Starting any new job can be a mix of fun, excitement, and nervousness. But what about when you're coming into a DevOps-oriented organization? What are some of the special challenges entering a collaborative, "blameless" place of work?

James Turnbull has traveled the world speaking about Docker, and now he's here to tell ADO all about it. The tech, the company, and the community: James has opinions and was more than willing to share them! http://youtu.be/2AqE6KMCAK4 Panel

Episode 30 – DevOps in a Microsoft World

Is DevOps just for the open source world? Can you do DevOps in a Microsoft shop? What are some of the tools and capabilities available for Windows, Azure, and .NET professionals who want to approach work in a DevOps model?

Episode 29 – Hiring in a Post-DevOps World

At DevOpsDays Ghent in 2014, it was joked that we are living in a "post-DevOps world". What are the challenges in hiring for DevOps related jobs? We be talked with panelists on all sides of the table - recruiting, hiring,

Dave Zwieback, VP of Engineering at Next Big Sound and Mike Rembetsy, VP of Technical Operations at Etsy discuss learning from the unexpected and examining failure without blame. With practical tips about technical tools and philosophical insights into...

It’s been a year of ADO, with topics from CI to security, panels of devs and of ops, and even Pete Cheslock. For the last episode of the year, we thought it would be fun to revisit Matt and Trevor chatting,

Episode 26 – The Database: The Elephant in the Room

Data - we can’t have applications or services without it. If software is eating the world, then data is the maitre’d. However, it can be challenging to incorporate database design and release into the world of continuous delivery and devops.

Episode 25 – DevOps in the Enterprise

DevOps isn't just for startups - in fact, that argument can be made that it's even MORE important for large, enterprise-scale companies than for anyone else. What does it mean to "do DevOps" in an enterprise? Is there a different flavor of DevOps for ente

One of the reasons that DevOps can be transformative to an organization is that it shortens feedback loops - talking about CAMS, the measurement piece is where that can come into play. Anyway, in that spirit,

Episode 23 – Managing Systems In The Cloud

Tom Limoncelli, one of the authors of The Practice of Cloud System Administration: Designing and Operating Large Distributed Systems talks with Matt and Trevor (but mostly Trevor) about the challenges of modern system management.