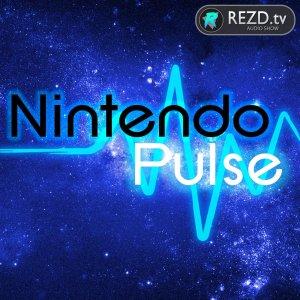 Well, this is it, the final episode of the Nintendo Pulse podcast, for now 🙂 We start off the show talking about what weve been playing including Cult of the Lamb, Arcade Paradise, Mass Effect Trilo

Nintendo had a Splatoon Direct, was there enough there to get your purchase? We also talk about the new N64 title coming this week, a new Kirby game, and more! Audio Contact Info Twitter: Follow Dasme

Well, the cat is out of the bag. In this episode, I announce that this show will be stopping at the end of August. It was an incredibly difficult decision to make after podcasting about my love of Vid

NOTE: Sorry folks! This episode was originally posted with the MP3 for episode #511! This has been fixed, sorry for the double download. Ive been playing a great new rhythm-action title called LOUD o

I’ve been playing a great new rhythm-action title called LOUD on my Switch. It combined a story with various rock songs and plays fantastically. If my chat about it in the episode had you interested,

Well, we were sort of correct with our new Nintendo Switch predictions ok ok, we werent. We at least had OLED down right? We always lose the Nintendo rumour guessing game, but that doesnt mean its

The Nintendo Direct Mini surprised us with a pile of awesome new game announcements. We chat about our favourite announcements, then drop into some rumour mill and retro news. We recorded last night,

We learned a bunch more info about the upcoming Xenoblade Chronicles 3, but will we see a more general Not-E3 style Direct this week? All the rumours are pointing to yes, well see if it happens. En

I expected to enjoy Teenage Mutant Ninja Turtles Shredders Revenge, but not this much. The game is everything I wanted from a reborn beat-em-up. They really knocked this one out of the park! We als

Well, its E3 time again, kinda Even though E3 itself was canceled Summer Game Fest and a pile of other presentations kept us in gaming news. In this episode, we talk about the biggest announced game

When Nintendo announced Nintendo Switch Sports, it seemed too limited based on the other entries to the series. Reviews were positive so we snagged it to play as a family and ended up having so much f

Well, we got a bit of a summer gift from Nintendo this week. Xenoblade Chronicles 3 will be out in July instead of September! It’s not often that we get a game moved UP, so this is something to get hy

We are getting absolutely spoiled this year with amazing titles. In this episode, Stephen and I chat about Kirby and the Forgotten Land and then jump into LEGO Star Wars the Skywalker Saga… very diffe

Kirby is here and it is AWESOME. I continue to be blown away at all of the levels in the game. There is always something new and surprising coming, and the number of times I’ve laughed out loud while

Right before starting recording, news dropped that Konami was releasing a new game collection. Teenage Mutant Ninja Turtles: The Cowabunga Collection, will be released in the future (no release date y

Nintendo has announced that they will be closing the Wii U and 3DS eShops, and they are doing it quickly. So if there are any games you’ve wanted to play on the 3DS or WiiU, don’t miss your chance! We

I am finding it hard to believe that we’ve done 500 of these things! It’s been a fun 10+ years talking about Nintendo, here’s hoping that we can keep doing these another 500 times 🙂 In this episode,

The financials are in and Nintendo had a very, very good 2021. We talk about all of this, including the Switch surpassing the sales of the Wii. Who would have predicted THAT five years ago!? If you en

We have a slower than normal news week this week, but we had a great conversation on Cloud Gaming on Switch, game announcements, and sadly some game delays. Will delays continue to be a huge thing in

We are finally back and in this episode, Stephen and I run down our top 5 favourite games of the year! While we had planned to take a few weeks off over the holidays, that turned into 4 due to illness

Oops! I posted this originally with the wrong episode. Here is the proper episode #496! Well, Nintendo gave us an early present this year with a surprise Indie World Direct today! Stephen and I got to

Well, Nintendo gave us an early present this year with a surprise Indie World Direct today! Stephen and I got together to talk about our favorite games that were shown, and some that left us scratchin

Nintendo Switch Online’s Expansion Pass is getting its first retro addition, Paper Mario on the N64! We chat about this news, the current Game Awards rumours, and more! We sure hope the news cycle pic

On this episode of Nintendo Pulse, we are talking Animal Crossing! Stephen and I run down what we think of the new 2.0 update, some of the best features, hidden features, and dig into the Happy Home P

We are back with another Nintendo Pulse podcast! In this episode, we talk about the Nintendo Switch Online Expansion Pack, the N64 games, and some of the graphical issues I’ve been seeing. We then dig

Metroid: Dread has been such an amazing title to make my way through. In this episode, Stephen and I give our “reviews”. That’s in quotes since both of us are at the very end of the game, but haven’t

Well we got one heck of a fun Nintendo Direct today. New games were announced, DLC was unveiled, a new Nintendo Online tier was announced with N64 + Genesis games but no price, and we found out that C

I can’t believe that Nintendo *just* added Bluetooth audio support to the Switch… 4 years after it launched. I’ve used many 3rd party devices to connect my AirPods, this just seems too good to be true

I didn’t think that I would ever see the day when not 1, but 2 games were announced that had a playable April O’Neil, but here we are 😀 In this episode of the Nintendo Pulse podcast, we talk about th

I can’t believe that the SNES is already 30 years old! I have such fond memories of playing SNES on the weekends with my buddies. What an amazing console! Besides the SNES, we also talk about Quake th

Nintendo dropped an awesome Indie World Showcase this morning and showed off some awesome games including: Axiom Verge 2, Islanders, Astroneer, LumbearJack, Tetris Effect, and more! The Switch is gett

We have a great show for you this week. We talk Zelda Skyward Sword, the Steam Deck, EB Games being renamed, and cover all of the week’s Nintendo News. Animal Crossing patches, Pokemon Snap getting mo

UPDATE: The original post was created with the wrong Audio file! This has been fixed, sorry for any inconvenience! We are back with another episode for you this week. We chat about the unfortunate Ami

We are back with another episode for you this week. We chat about the unfortunate Amiibo delays, DLC delays, and new retro games. We also chat about what we’ve been playing as well! Enjoy the episode,

Nintendo finally unveiled the new Nintendo Switch revision, sadly it’s not quite what we had been hoping for. This new OLED Edition has a bigger OLED screen and boasts 64GB of internal memory, but oth

We gather here on this great Bidoof Day to bring you the next episode of the Nintendo Pulse podcast! Wait… Bidoof day? Apparently, this is a thing, Nintendo tweeted it and everything! 🙂 In this episo

We are in the post E3 drought, so Stephen and I chat for a while about the games we have been playing including: LEGO Builder’s Journey, Trials of Mana, Infinite Space, and Hyrule Warriors: Age of Calamity. I also talk a bit about some of […]

Stephen and I are back to talk about all things E3 2021. What were some of our favorite announcements? What were our misses? What other announcements had us excited? Listen in to find out! If you enjoy what we do here, please consider becoming a […]

Nintendo had their E3 Direct this morning and I pretty much enjoyed the whole event! While I would have loved to see new Kirby, Yoshi, and Donkey Kong games, what Nintendo gave us could turn out to be even better! We have a new Advance […]

E3 is under way! Before Nintendo’s E3 Direct on Tuesday, Stephen and I get together to talk about the few news items that have come out prior to this event. We also talk about the games we have been playing including: Trials of Mana, Rise […]

E3 is nearly here! We received news today that Nintendo will be holding their E3 Direct on June 15th, so it’s officially official… Nintendo is at E3! Will that mean a new Nintendo Switch announcement next week? I think so! While this is a short […]

We are back after what was hopefully the last missed show for a long while. I briefly chat about what has been happening here for the last few months, then we dig into the latest Nintendo news including the hopefully final Switch Pro rumours, and […]

In this episode we talk about where we have been, chat about Nintendo’s new game creation software, Game Builder Garage, talk about the insane sales numbers of the Switch, then get into some new game announcements that have dropped this week.

Who would have thought that 2021 would bring us the spiritual successor to the Gameboy Camera? Crazy! We chat about the week’s news including game patches and retro collections. Oh, I also talk about my new obsession, Smelter.

Cozy Grove has been a joy to play for the last week. It combines the island life and friendly villagers from Animal Crossing with daily tasks and relationship building… oh and GHOSTS. It’s been a breath of fresh air to play, if you’ve checked it […]

NP473 – Kaze and the Wild Masks and Development Kits

It’s a light news week, so Stephen and I take some time to talk about what we have been playing. We get into an Amiibo rant, talk about Animal Crossing, before getting into the week’s news. Who would have thought that someone could still have […]

I somehow missed the release of UnderMine, a roguelite dungeon crawler, when it released a month ago. I’m glad I found an old email to spark my memory. UnderMine is an addictive combination of procedurally generated dungeons, permanent upgrades,

It looks like releasing retro games on cart is making a huge comeback! We talk about the new Gameboy Colour release coming to Kickstarter and the new NES carts coming to Limited Run. Besides that retro fun, we talk about the latest Nintendo news as […]

We have a shorter than normal episode for you all this week, sadly there just wasn’t a lot of news to talk about. We do dig into the week’s news, but also spend some time talking about Bravely Default II — a game that Stephen […]

Since last episode new Pokémon games were announced, a new 4K Switch was leaked (well the new OLED screen was) and hell, even the WiiU received a firmware update! It’s an odd collection of news, and Stephen and I are here to break it all […]